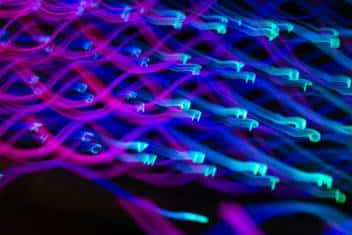 The following is a transcript obtained from the year 2032, with two crypto-journalists discussing events that happened in the ten years after the 2022 Ethereum Merge.

Jared: Just to set the stage here, Dan can you remind everyone what the 2022 Ethereum Merge was and why it was important ten years ago?

Dan: Sure. Basically, the Merge was a network upgrade. When Ethereum launched, it used a computation-intensive process to keep the blockchain secure. The bull market in the late teens made it profitable for people to set up data centers filled with specialized computer hardware. All combined, this computation consumed more energy than some small countries. The Merge upgraded the network with a different process that reduced the energy required by over 99%. On top of that, it democratized the network by making it possible for anyone with a computer to be a part of the blockchain security. It was quite an upgrade.

Jared: And then … nothing much happened after the Merge.

Dan: Which is pretty remarkable. Ethereum didn’t collapse. It was as if they installed jet turbines on a prop plane while the plane was in the air. Then they fired up the turbines and turned off the propellers, and the plane maintained altitude. After the Merge, it was business-as-usual.

Jared: But things really took off when crypto startup V0tr did something super innovative with the post-Merge Ethereum protocol.

Dan: It’s hard to remember what they were like before all the controversy, but yeah I remember the hype around them in the beginning.

Jared: Since they weren’t limited by Ethereum network speed or cost anymore, they were able to create an electoral framework that ensured anonymous vote casting while maintaining fraud detection and verifiability. V0tr stopped treating Ethereum as a currency, but instead as a new way to do things that used to be impossible. It was the perfect election platform, and it eliminated the need for anyone to handle the votes at every stage of the election process.

Dan: It wasn’t perfect, nothing’s perfect, but it made fraud much more difficult because every vote was traceable and immutable. That’s one of the benefits of blockchain voting.

Jared: V0tr also had mechanisms to prevent fraud and, more importantly, to identify any cover up if fraud did happen. The close of voting triggered a smart contract that de-anonymized the ballots and audited them against the public voter lists. It then output the results. Nobody got access to the de-anonymized ballots. It was a zero-knowledge proof. Platte County in Kansas made a splash in the early ’20s as the first U.S. government election to use V0tr in their Primary Election. The next year, a grassroots organization in Nicaragua set up a snap election on V0tr and ousted President Ortega with a verifiable 68% voter turnout. Even Ortega’s sham election a few years earlier didn’t fabricate that high of a turnout. How crazy is that? I mean, for the first time ever, the rulers of a country had no part in running a democratic presidential election. It was 100% by the people and for the people. That blockchain election changed the world forever.

Dan: He wasn’t really ousted though. There were riots in Nicaragua because of the election. The people knew the truth and Ortega knew the truth, but he wouldn’t step down. And the global media painted V0tr as reckless and responsible for the deaths of hundreds of people.

Jared: But he turned into a lame duck. No one listened to him. His socialist party recognized that the people spoke, and the people wanted Ortega out. They held another election without V0tr, but with U.N. monitoring, and he lost … again. Then, instantly, governments across the world banned V0tr. Incredible.

Dan: And they quickly found out it’s hard to ban something like V0tr, so these governments spun up their propaganda machines in an attempt to malign them. V0tr got accused of all sorts of New World Order conspiracies, but their code was out in the open. People could see, and verify, that every vote was counted.

Jared: A few years later, Alphabet did something interesting when they tweaked the V0tr technology to introduce a review and comment framework. Back in the early ’20s, you’d have social media giants hosting these reviews and comments and everyone knew there was a lot of BS. Fake reviews. Brigading. The Yelps and Metas and Amazons of the world controlled it. They could artificially boost or repress comments. They owned the platforms, they manipulated the public dialog in the name of preserving liberties and preventing hate speech. But really it was about control. Kind of ironic that Alphabet would release something that would eventually limit their own power.

Dan: For Alphabet it was first-mover advantage. This shift was gonna happen. They thought if they did it first, they could steer it better than if a competitor did.

Jared: Alphabet’s framework allowed you to write posts and comments into the metadata of your own NFT. And you could take that NFT and hook it into other web platforms and apps. The only thing the networks could do is unhook you from their service; they couldn’t delete your NFT. And evidence that came out of Meta unhooking people gave rise to these new Web3 social apps we have today. These new apps don’t host anything. All the NFTs reside on the public Ethereum blockchain.

Dan: With the apps, it was discovered you pretty much had to add third-party moderator bots to filter out the NFT posts that were scams or otherwise not what you wanted to see. But this time there’s no big company that decides what you can and can’t see … you can still view the raw NFT feed if you want.

Jared: At the end of the day, the Ethereum Merge made things like transparency and proof-of-ownership more possible. It gave us a new way to maximize coordination and to tackle group-problems that were impossible to solve before.

Jared Leshin is an author, CMO at MetaDev, and founder of hypersuade.co — a Web3-focused creative marketing agency. Read his latest book, Advertising and the Nature of Reality, available on Amazon.

Dan Zima is an IP/business attorney and Senior Analyst at MetaDev, with a passion for furthering a more decentralized, permissionless, and interoperable world.

Heartbeats and Source codes: Blockchain is coming to a Hospital near you.

Cryptocurrency: A Decentralized Paradise in Peril?