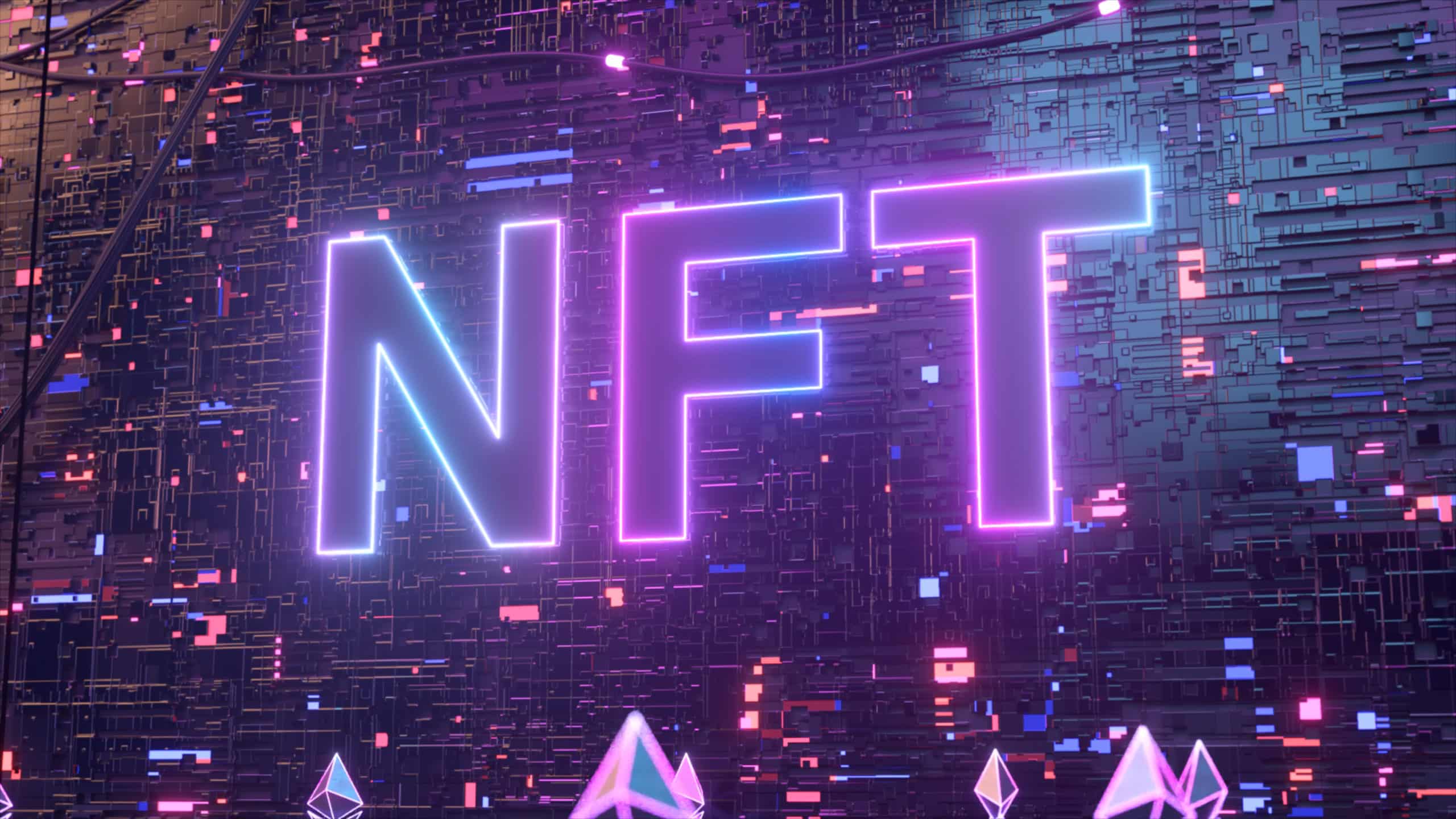 During the first Texas Blockchain Summit in Austin on October 8, 2021, Entoro Capital and Valhil Capital announced the first non-fungible token (NFT) issued as a security. “Buen Viaje” (which translates to “Good Trip” or “Good Voyage”) was painted live and in person by Cuban-American artist Rolando Diaz during the summit’s VIP dinner event. With Entoro as the placement agent and Valhil Capital as the underwriter, the two companies put together the complete offering in just eight days. These eight days spanned from inception to auction, to include legal work, due diligence, background checks, documentation, offering documents, research report, and technology modifications to Entoro’s proprietary securities platform, OfferBoard.

At the conclusion of the offering, Entoro determined that there is a wide window of opportunity to become the placement agent for the new wave of NFT securities. In this article, Entoro gives an overview of its experience conducting the first NFT security investment offering and explains how it has become the launchpad for NFT Xpress™, Entoro’s expedited service for issuing an NFT security in as little as two business days.

The distinction between an NFT and an NFT security is an important one to make.  Differences between them include what kind of features they can have, where they can be sold, to whom they can be sold, and other key considerations.

With NFT Securities, additional costs to consider include legal fees, broker-dealer fees, and the cost of services for smart contract & NFT development.

NFT, or non-fungible token (NFT), is simply a digital or digitized form of medium, in which the record of ownership is tracked and recorded via blockchain.  Mediums that can be digitized and transferred into the form of an NFT include images, videos, audio, and/or music and may possess many auxiliary properties.  Generally speaking, this record of ownership can be created for nearly any medium of intellectual property. With the advent of this technology, even established brands are now creating and marketing NFTs of their own.  Some of the most popular NFTs that have come to light include Beeple’s First 5000 Days (sold for $69.3 million) and Larva Labs’ Cryptopunks (surpassed $4 billion in market capitalization in 2021).

Taken one step further, an NFT security is simply an NFT that:

As such, these NFTs and the Issuers of them, are subject to the same laws and regulations as traditional investment vehicles, such as stocks and bonds.  To imagine how an NFT security might function, consider an NFT that offers holders upside through recurring dividends or future payments. When creating NFTs with features such as this, regulated entities such as a broker-dealer, exchange, and transfer agent are required.  Entoro believes that adding these features to the exclusivity of owning popular NFTs will create a new wave of excitement for the NFT world.

The following table shows a more clear comparison between the two:

The first NFT issued as a security opened new doors for Entoro.  Both individuals and companies looking to market NFT securities of their own expressed interest immediately, so Entoro needed to ensure that it had a process as straightforward and efficient as possible. Entoro sees a massive opportunity to provide a complete service package.  Entoro’s latest offering was created with the intention of collaborating with best-in-class service providers to offer an expedited and compliant issuance process for NFT securities.  Entoro combined its expertise in digital assets with other third-party service providers to offer a full turn-key process for an NFT security issuance.

In a span of eight days, Entoro and Valhil collaborated to complete the investment offering in time for the live event at the Texas Blockchain Summit. The sale went live on OfferBoard, and in just two days received 5300+ site visits. During the 3-day competitive sale, visitors were able to create an OfferBoard account and place a bid for 1 of 9 NFTs up for sale.  The competitive sale event officially ended once Rolando Diaz signed his name on the painting onstage at the VIP dinner. The timeline for the completion of the offering followed the outline below:

After overcoming a number of limitations and challenges, Entoro received and answered the following questions to provide companies the best framework and probability of success when issuing an NFT security.

For whom is NFT Xpress intended?

Entoro and Valhil Capital worked with independent artist Rolando Diaz to conduct the first NFT issued as a security.  Entoro is determined to work with many multi-media creatives in the traditional and digital art spaces who are looking to issue an NFT as a security. On top of that, Entoro also sees a sizeable opportunity for engaging with established institutions and brands.

What does Entoro offer as part of an engagement?

NFT Structuring – Entoro will work with the issuer on the structure of the NFT and the investment offering. The investment offering must be offered as a Reg. D 506(c) to accommodate both: 1) An expedited go-to-market plan; and 2) To allow for general solicitation through digital forms of communication (email, website, social media platforms, etc.).

Other – Entoro will also provide ancillary services to the issuer as part of the offering, such as:

Marketing – Conducts marketing campaigns and creates marketing collateral. The engaged issuer must have a marketing budget of at least $25,000 whether or not a third-party service is used.  It’s critical for an issuer to have a robust digital marketing plan and effort.

Technology – Used to create the means (smart contracts) through which certain aspects of the NFT security features are executed, such as secondary transfer royalties to all non-transferring tokenholders. A mandatory smart contract audit may be required by Entoro at the issuer’s expense depending on the structure of the NFT security.

Legal – Serves as Issuer Counsel, offers legal requirements and/or consultation as to the structure of the NFT security to be sold.

On what alternative trading service(s) and/or marketplace(s) could Entoro facilitate a listing?

Entoro maintains relationships with some of the leading, regulated ATSs in the space, including: INX, MERJ Exchange, tZero, and Oasis Pro Markets.

What is the total cost for the service?

The total cost for Entoro’s services includes both a Service Fee and an initial Work Fee.

The Service Fee will typically range from 2-10% on the revenue generated from both primary and secondary sales in the investment offering.  On the other hand, the initial Work Fee will cover filing fees, and other upfront costs.  Additionally, if there is an underwriter these costs will be normally borne by them.

Fees for other Entoro or Entoro-recommended service providers will also be added to the total cost of the issuance.

What is the typical timeline for an issuance?

Initially, Entoro estimates that its initial run of engagements with interested issuers will take anywhere from one to two weeks, but we are determined to condense the process eventually into a two to three business day process once all the right pieces are ready and in-place.  Many factors go into an executable timeline and the issuer and their experience is the greatest factor in timing.

What can the Issuer create the NFT from?

What kind of features can the Issuer implement as part of its NFT as a security?

Entoro makes it possible to issue NFT securities with features such as a secondary transfer royalty paid to the non-transferring holders in a sale, or an NFT security with a structure where the equity/debt instrument has a return of capital back and interest back to the holders of the NFT.  The concept of an investment contract and expectation of appreciation is a fundamental component.

Any features that fall within the equity ownership category may not qualify for Entoro’s NFT Xpress service, as these issuances will require additional service and a longer timeframe.

Please see the below flowchart for the whole process:

What are ‘musts’ when it comes to engaging with Entoro for a successful NFT security issuance?

Entoro maintains that a marketing budget of at least $25,000 is a must. Our experience in the past with other issuers has been that, without marketing, even the best management team and product cannot raise capital. This is why the NFT issuer must have a marketing budget, whether using an Entoro relationship, or engaging with a marketing team of its choice.

What is the ultimate goal of NFT Xpress?

Entoro created NFT Xpress after the intial success that it and Valhil achieved through the first NFT security issuance. The service was ultimately designed to create a standardized process for issuing NFT securities in as short a timespan and in as effective a manner as possible.

The digital asset space is changing rapidly. As the industry gets larger, NFT creators will need to be innovative to compete with others that are flooding the market. NFT Xpress was designed to help issuers stay on the cutting edge, while remaining in compliance with US securities laws.

Said another way, through NFT Xpress:

This article can be saved and reread as a short guide to issuing an NFT security.

When In Doubt, Zoom Out